What’s the best fuel for your car? What’s the best fuel for your car?

Choosing the right fuel at the petrol pump can be so confusing. Today we are faced with a multitude of choices, so what is the right choice for you car? Here we will look at the options in an effort to help you decide which is best for your car.

Since Premium (95 RON) has a higher octane level than regular unleaded (91 RON) , it is usually designated for use in an engine with a high compression ratio. If you fill a high compression ratio engine with low-octane 91 RON petrol, the engine will heavily knock and may be mechanically destructive. Use the correct type of fuel recommended by your car manufacturer for the best engine performance. 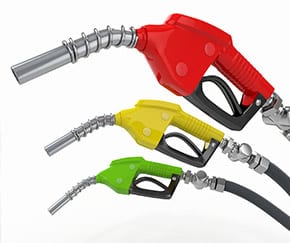 Standard unleaded petrol (ULP) has an octane rating of 91. This is the fuel that most cars in Australia run on.

E10 is a mixture of 10 percent of ethanol in petro, it will replace the 91 octane rated fuel in most states. Ethanol has a high octane rating of 109 which is more than what petrol packs. Hence, refineries mix ethanol in petrol to boost the octane rating.Ethanol is blended as low as 3 percent and as high as 15 percent in petrol. The disadvantage here is ethanol has 30 percent less energy than petrol. This means that an engine which uses e10 will consume about 3 percent more fuel.

The NSW government has released an online checking tool to allow motorists to check if their car can run on E10 petrol. More info here.

The Federal Chamber Of Automotive Industries FCAI also has a list of E10 compatible cars as well as more information regarding the use of E10 fuel.

Can I use a higher octane fuel than recommended?

Previous
Back to Blog
Next